Here you will find a list of subject specific and general activity ideas and resources to view and download. Please check this page regularly for updates.

Email us images of the great things you’ve been doing and we'll add them to Leonard's Activities Gallery.
VIEW GALLERY 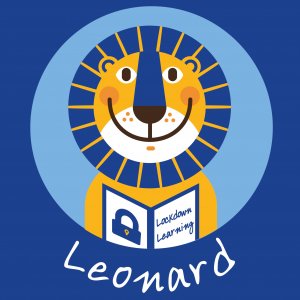 Read our latest news and see what new ideas and resources we have found for you. Stay safe. Stay at home.

Another epic battle took place last week with Y4 taking on the mighty Y5! But again, those Y4s proved unbeatable with an incredible 14,977 vs 12,976.

As you’ve probably already seen on the website, on Tuesday there will be a Gloucestershire-wide TTRS tournament, pitching all the schools in the region against each other, so I’m not setting any class tournaments for next week! It starts Tuesday 12th and ends Thursday 14th so in that time try to accumulate as many points as you can – the class with the highest number of correct scores per pupil will win. Let’s help Leonard Stanley to be up there on the leaderboard – I know you can do it! Best of luck – Mrs C.

Top players for Y4 were all girls (come on boys – let’s see your efforts!) with Mia, Annabelle and Isla taking on the title of most useful players with Lilie, Lyla and Tilly highly commended!

For Y5, Henry, Finlay H. and Imogen were most useful players, with Emily C., Oliver W and Scarlett highly commended.

I’ve set up a new battle which will start at 0830 hours on Monday – it was a close run thing last week..who will be victorious next week??! Good luck to everyone taking part (so lovely to see how many of you are entering our weekly challenge!) Mrs C.’

Results of last weeks TTRS challenge!
In Y5, the girls absolutely SMASHED the boys scoring an incredible 6211 against a pitiful 1095! Highest scorers for the boys were Fin Hedges, Oliver W and Jack, and for the girls, D’Arcy, Imogen and Kelly. Come on boys – let’s have a closer result next week! Battle begins on Monday…

I have sent home with the children a pack of English and Maths activities if you would like to practise some of the skills we have learnt. If your child finds an activity tricky, please do not worry as we will be revisiting these in the coming months.

If you would like to work on alternative activities that is completely fine and encouraged.

View and download the answer sheets for the Summer Home Learning Packs below.

Here you will find the latest ideas and resources uploaded to your year group page. We have also added them to the sections below.

We've sent home a pack of ideas but here is a list of additional ones for you to try at home.

• Create a Fact Poster / PowerPoint to present at school all about Ancient Greeks / Gods / Olympics / Other!?

Websites who are offering free learning resources for the coming weeks.

Many children will be using the internet during school closures and it is important to be vigilant and aware to keep safe online.
Please refer to this Keeping Safe Online document for guidance.

If you'd like to revisit your previous challenges, or missed a week, view and download them below.

We've a range of activities for you to try that you can view and download below.

In the hard times, we hope this helps to support you at home, and keeps them moving forward as they were in class.
We wish you well as a family, stay safe and well, and I’m sure we’ll be back together soon enough!
Best wishes
Mr B & Mrs Jones